I've started a project using Neopixels to receive short UDP messages and launch fast animations.
I though it may be interesting for any of you interested in UDP / Networking or animating NeoPixel addressable Leds:

Tried to add sufficient information on the Readme file in order to get it running.
Schematics are easy-piecy 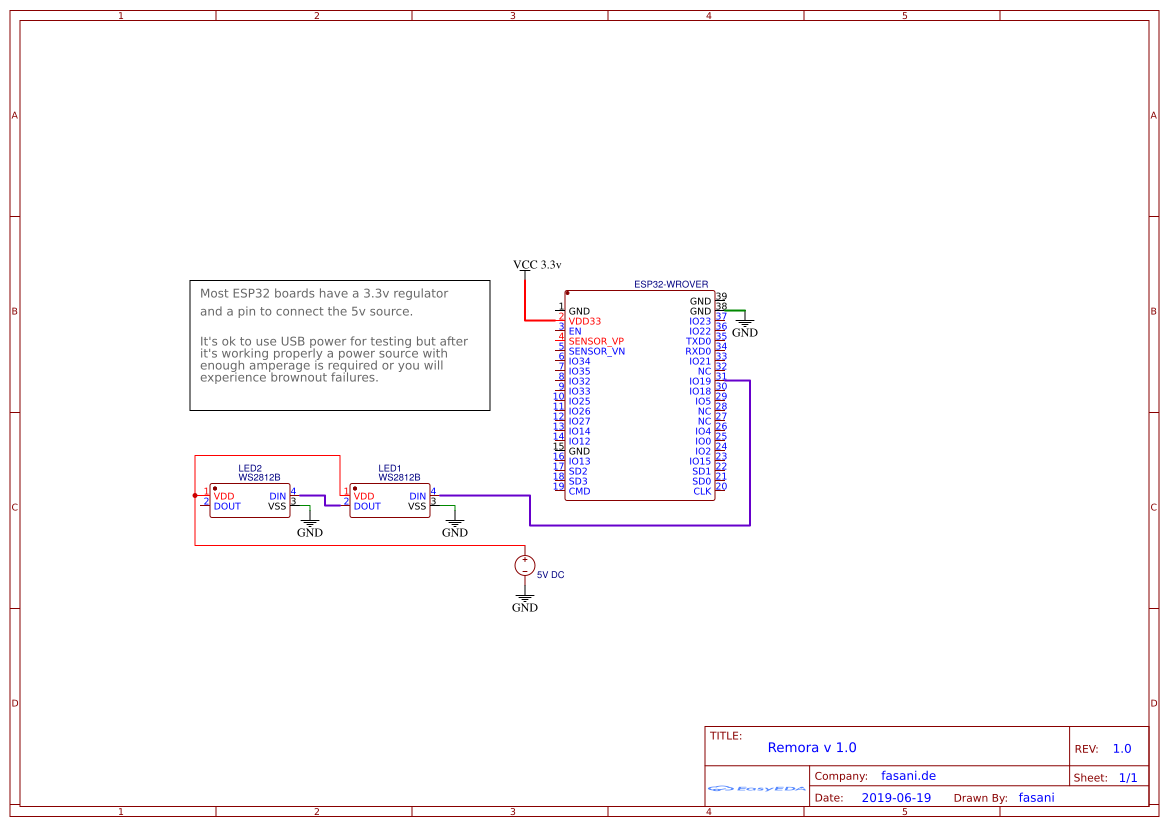 If some of you have some Addressable LEDs WS2812B or similar I would love to hear if it was easy to compile it and get it running.

Once it's online, just try it sending UDP short messages with any program, for ex. Netcat on linux:

If you have mDns running (Linux, Mac or Bonjour installed on windows)

Users browsing this forum: No registered users and 2 guests