@dasarne I think there are two separate issues here, namely Eclipse not building and Eclipse not parsing compiler output.

This error occurs when Kconfig runs and is attempting to fetch all the config options provided by each component. Notice how it's throwing an error because its attempting to reference a linux style path:

This is possibly the same bug as #Issue 3443 regarding path linux and windows style path conversions (Fix PR here).

Eclipse Not Parsing Compiler Output
Once you get Eclipse to build successfully, the next thing to figure out is why the CDT Output parser isn't able to parse the include paths from the build output. A few points to note: 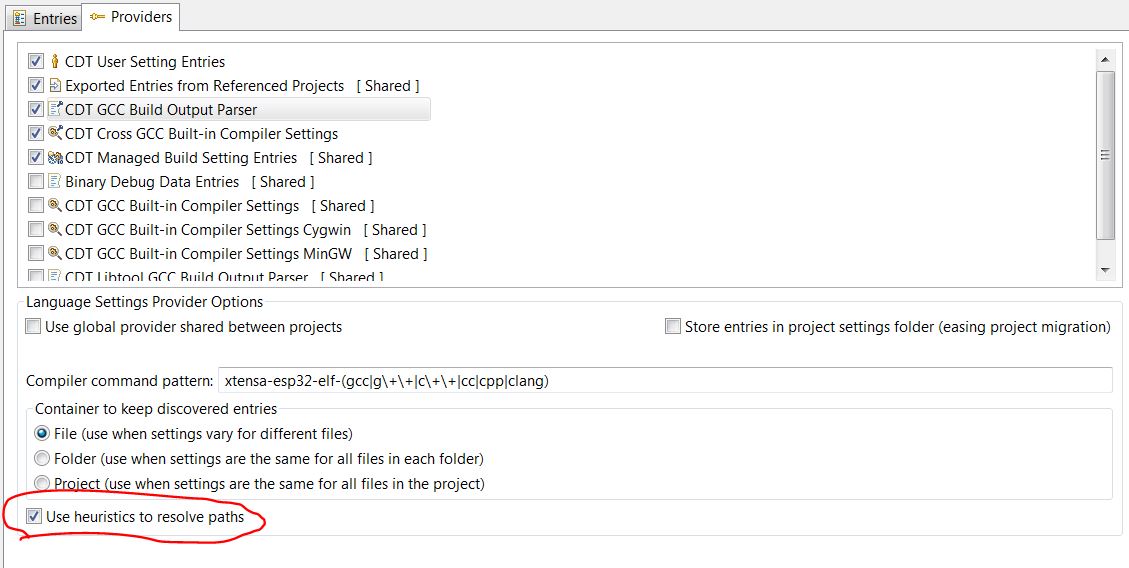 I agree with you - There are two issues here:

Everything depends just on this problem in my opinion for now.

2. Eclipse not parsing compiler output
That was a nice reward for me after this long troubleshooting for today. After my "make defconfig" hack the parsing of the compiler output by Eclipse went smoothly. I was able to work very well and intensively with Eclipse in the afternoon.
So we wait and see what comes out of #Issue 3443. Until this issue is fixed, I help myself with "make defconfig".

Thank you for your very good support!

I'm still getting errors in eclipse with windows.
Mostly with defines like ESP_LOGI, ESP_SPP_MODE_CB, CAN_MODE_NORMAL etc 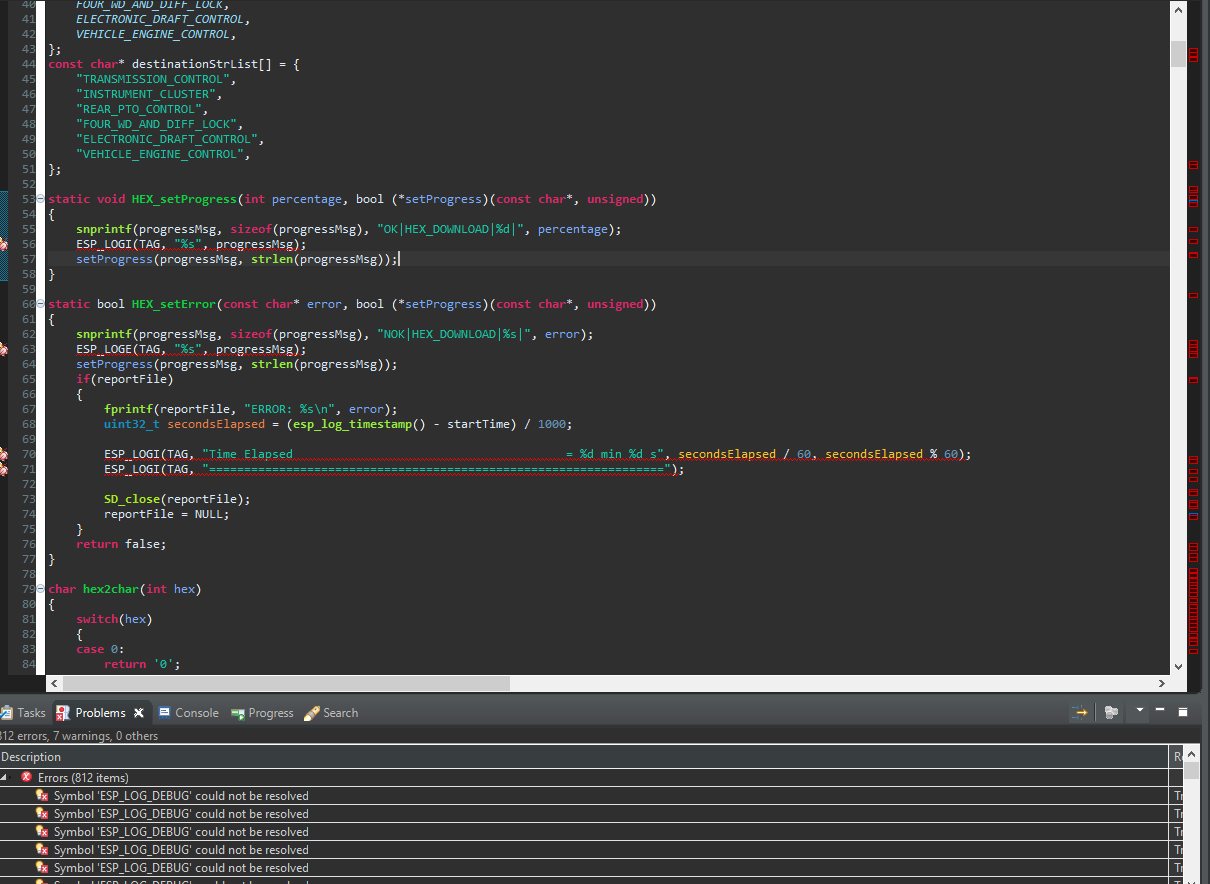 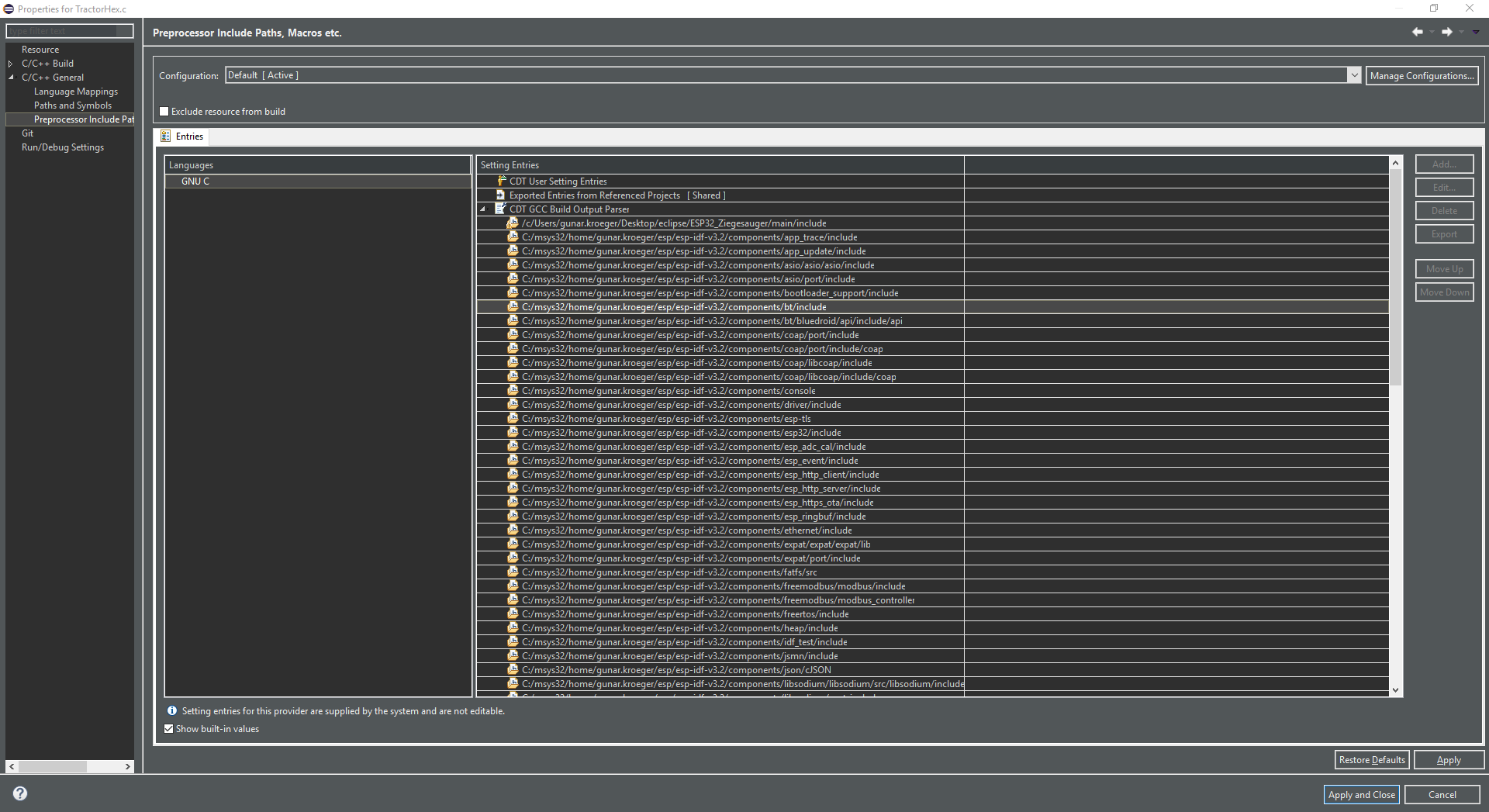 "Running was invented in 1612 by Thomas Running when he tried to walk twice at the same time."
Top 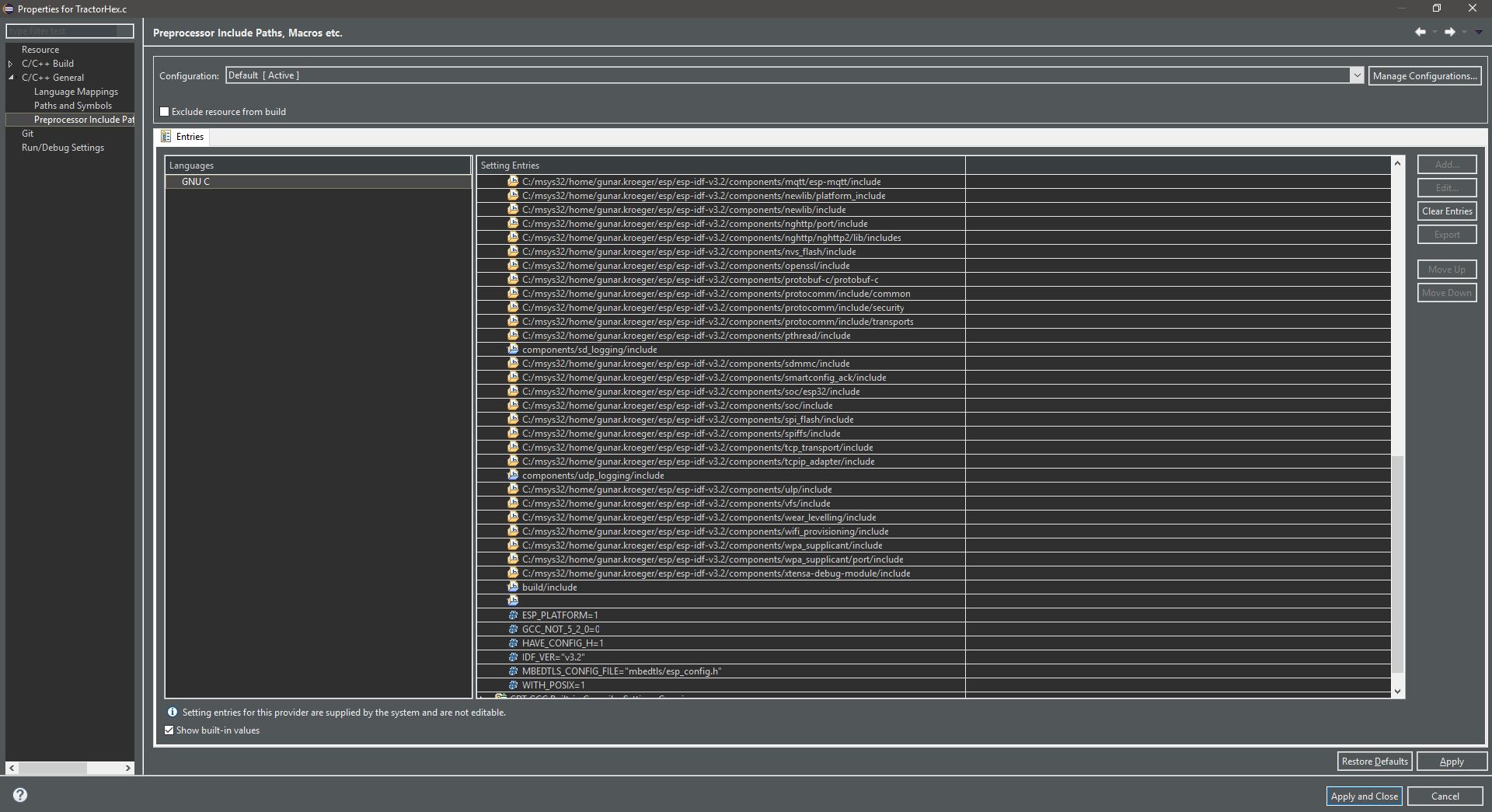 "Running was invented in 1612 by Thomas Running when he tried to walk twice at the same time."
Top

Gunar,
I'm using Windows 10 and I recently upgraded from Eclipse Oxygen to Eclipse IDE 2019-03. Unfortunately the ESP-IDF include files were no longer found in the existing Eclipse projects.

And make sure to use forward slashes in the Environment Variable IDP_PATH and PATH.

Note that these settings are somewhat different than the instructions in the latest Espressif online manual.

I have this problem also. The program builds, flashes and executes. However Eclipse output parser does not find any include files other than in the "main" directory.
WIndows 10 system, Eclipse 4.1, esp-idf 3.2.

1. THe build log contains xtensa-esp32-elf-gcc compiler calls.
2. Not sure what "Does your project/project source files contain any CDT GCC Build Output Entries after a clean and build in Eclipse?" means.
3. Use heuristics to resolve paths is enabled.

I would appreciate any help. What info would be useful?
Top

I unfortunately your solution also did not work for me ):
"Running was invented in 1612 by Thomas Running when he tried to walk twice at the same time."
Top

Hi Gunar,
Thanks for trying.

To be complete, I also import the attached XML file as follows:

I'm seeing the same thing: Eclipse showing "unresolved includion" and "symbol couldn't be resolved".
Has anyone found a solution or workaround for this yet?
Top
Post Reply
19 posts